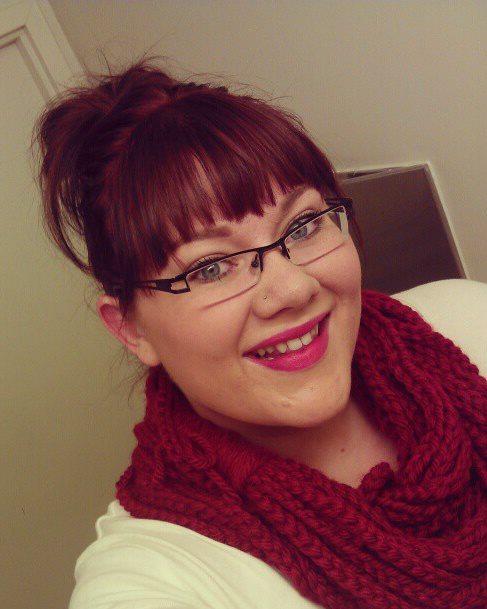 When the ray of sunshine by the name of Rachel Bailey took a seat in front of me on one particularly bright Saturday afternoon, she wore the same whimsical-yet-anxious look on her face that all the amazing souls interviewed before her had. A look that said “I don’t know why you’re interviewing me, I don’t really have anything amazing to share…”

That’s where everyone is wrong. Rachel is no exception.

In all the years that I’ve known Rachel, she’s always been a vibrant ray of sunshine. On the taller side just like her mom she has always been uncannily sweet and never selfish (again, just like her wonderful mother). She was the exact same way as the 22 year old woman nervously awaiting the questions I’m set to ask her.

“I have no agenda here. I just want the world to see how wonderful you are.” I assure her.

“What do you want people to know?” I ask.

From a young age, Rachel always struggled with her self-worth for a reason lost unto her. Although extremely close with her mom (her rock), she constantly battled with feeling good enough for not just herself, but literally EVERYONE she came in contact with. A life-long weight struggler to match, Rachel could never quite get healthy living down. The further she strived for perfection, the farther away from happy Rachel became. Even still, she internalized her self-worth issues and never could bring herself to talk about it with anybody seeing as how she felt bad enough already… people couldn’t know she was THIS broken!

With her “happy shield” starting to reveal its cracks and her weight escalating rapidly, it caused concern amongst those closest to her. Enough concern to prompt prods and urges for Rachel to get healthier. Join a gym. Start a diet. You know the typical clichés.

Fed up with the pestering, Rachel gave in. She waved the white flag and reluctantly joined the gym. She started a diet. She went along with everything everyone else wanted while secretly resenting it all. She was working on all the right things for all the wrong reasons. It was a chore. A burden upon her shoulders that was just “one more thing” to add to the plates she was spinning just trying to convince everyone she was fine all along!

Technically, that would be called denial. I call it planting the very seeds that our wisdom grows from.

All the while she was singing the same sad song and dance she wanted no part in, she was in a broken relationship and having trouble with close friends further leading to her devastatingly hastening spiral down the happiness drain.

The crowning jewel of straws that break camel’s backs was the passing of her Grandmother on October 20th, 2010. Not only was her world shattered, but her mom’s as well. Her pillar had lost her pillar, and the illusion of everything being ok had finally drawn its curtain. Having left the damaging relationship with her boyfriend and seeing a therapist in regards to friendships lost, Rachel was broken. Succumbing to the depression, she treated herself horribly. Using food as therapy and her self-esteem as a dart board, Rachel still hadn’t hit rock bottom. All it took was a simple question she had heard on the day of her Grandmother’s passing and that had haunted her more and more vividly with each passing day.

“What have you done with your life to make Grandma proud?”

One day, without any warning whatsoever, Rachel woke up and something felt different… There was less tension in her shoulders and more color in her vision. What once was a haze had turned into clarity. Coming out of a fog, Rachel realized something monumental. Whether it was her subconscious speaking to her in her sleep or something she knew all along yet had finally decided to believe THIS day, a new Rachel awoke.

Gone were the feelings of needing to prove herself to others. In its place was the realization she needed to take care of herself for HER. She realized she was the only one putting the kind of pressure and strain on herself, so she could be the very person to take it off.

Hell bent on providing an adequate answer to the question posed on the day of her Grandma’s passing, she had a new fire she had never experienced before. A feeling of purpose and importance beyond what other people thought evolving into the realization of the overall end game. Not toned abs and slender legs. A healthy life! Seeing the tragedy of her Grandmother’s flame extinguishing too soon put into focus that she was on an even quicker path to her own expiration date. Rachel was killing herself faster and faster each day, with no remorse for herself at all.

That day Rachel woke up with the weight of the world on her shoulders replaced with the levity of her self-worth made the things that used to be burdening chores turn into affirmation of everything she was capable of.

No longer dragging her feet through the mud, Rachel finds herself smiling for no reason and laughing at her own dorkiness. With each passing day Rachel’s confidence grows. No longer needing a guy, the acceptance of certain friends, or anything but the love for herself, life has never been sweeter. The kicker is that in turning a new leaf she found herself showered with love she never allowed herself to accept before.

Rachel has found a new body beyond the amazing weight-loss she experienced at the hands of a happier her. She has found an able body that doesn’t know the word “quit” nor does it utter the words “I can’t…” anymore.

She became the person she was pretending to be by no longer pretending anymore.

I leave you with a very fitting quote. One I have always believed in yet I feel has never been more applicable than in the moment I finished this wonderful interview.

“You are only as beautiful on the outside as you feel on the inside. Until you learn to love yourself, you’ll always see ugly in the mirror”