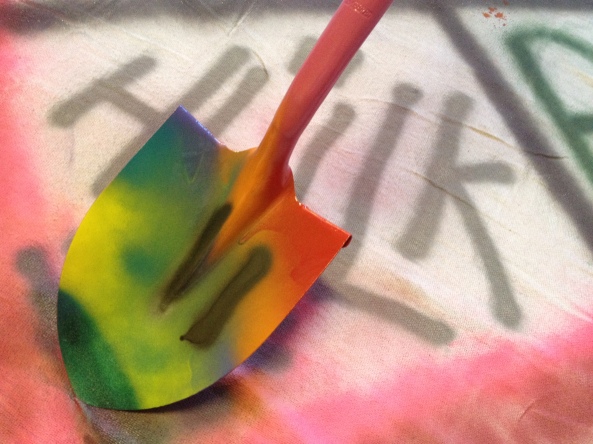 What does a Rebel do?

The shovel is something that grows in lore and stature with every completed challenge. The shovel has gone from a simple symbol of hope to a beacon of light. It represents not just your future, but the past that has led to this point. For those unfamiliar with the history of the shovel, let me help you out with that…

One day after completing the 4th Anytime Fitness challenge at our gym and fully embracing the “Hulk” moniker unofficially christened to me, I was watching TV to pass the time as I cherished some much needed rest. I saw a special on the Navy Seals and their training regimen… Brutal to say the least, something stuck out to me that by all intents and purposes was a minor detail of the documentary. For some reason, I couldn’t shake this aspect of the Navy Seal story… It was the part about the bell.

You see, the Navy Seals have a bell similar to the Liberty Bell that is around at every possible moment during their training. It begs to be rung as you endure the nonstop, mind numbing and body crushing training that all Navy Seals must complete in order to get the prestigious title. The bell is, simply put, an easy way out. Feel like you hit your limit? Go ahead and ring that bell… Convinced yourself that you aren’t made of the stuff you thought you were? One quick tap and it’s back home you go. Scared to do any more training for fear of failure? Ring that bell and replace that fear with unshakable memory of the moment you let your mind and emotions bully yourself into believing you’re a failure. Simple transaction! The thing is though, I couldn’t stop thinking about the OTHER end of it. The potential positive side… Don’t get me wrong, the Navy Seal bell is necessary for their neck of the woods. I just feel that too many real life, day-to-day boot camps, exercise programs, and miracle routines try too hard to instill the fear of shame in you to drive you when us “normal” citizens don’t necessarily get motivated like that. Quite the contrary… the mere thought is enough to make someone who NEEDS health and fitness in their life to sprint in the opposite direction since they’d rather die a slow, unhealthy death than face their worse fears of being yelled at about how miserable they are. I’ve always felt that if you’re reaching out to a boot camp program to seize your life back, then you already know what being defeated feels like. You already know the sadness and frustration at constantly giving up on yourself. You might even search for your own “life bell” to ring, yet one doesn’t exist, so you have no choice but to trudge on… Simple and plain, odds are you know what it feels like to be broken down, no need to break you down anymore.

So, once again… What about the positive side? What about a symbol of hope rather than a symbol of failure? Something someone can look to when they are at their lowest and be reminded that they have something WORTH fighting for… Themselves. Something that could always be around when you need that extra “umph” to make it past the “I can’t” mentality. It was the “I can’t” mentality that has you wanting this so bad in the first place! What if a symbol could instill a POSITIVE drive to push on rather than an easy way out? 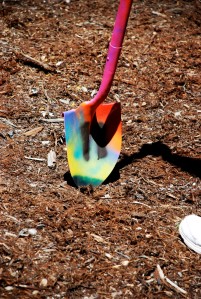 During the first boot camp of “The Rebe11ion” I put some people on the spot and asked random Rebels what the shovel meant to them. Some of the first words and responses were;

“My weapon against my demons.”

“My ability to do anything.”

2 comments on “The Shovel”